An entrepreneur is someone who develops a business model, acquires the necessary physical and human capital to start a new venture, and operationalizes it and is responsible for its success or failure. Note the emphasis of the phrase responsible for success or failure as the entrepreneur is distinct from the professional manager in the sense that the former either invests his or her own resources or raises capital from external sources and thus takes the blame for the failure as well as reaps the rewards in case of success whereas the latter or the professional manager does the job and the work assigned to him or her for a monetary consideration.

In other words, the entrepreneur is the risk taker and an innovator in addition to being a creator of new enterprises whereas the professional manager is simply the executor.

Moving to the skills and capabilities that an entrepreneur needs to have, first and foremost, he or she has to be an innovator who has a game changing idea or a potentially new concept that can succeed in the crowded marketplace. Note that investors usually tend to invest in ideas and concepts which they feel would generate adequate returns for their capital and investments and hence, the entrepreneur needs to have a truly innovative idea for a new venture.

Apart from this, the entrepreneur needs to have excellent organizational and people management skills as he or she has to build the organization or the venture from scratch and has to bond with his or her employees as well as vibe well with the other stakeholders to ensure success of the venture.

We often hear the term creative destruction being spoken about when talking about how some companies fade away whereas others succeed as well as maintain their leadership position in the marketplace.

Creative destruction refers to the replacement of inferior products and companies by more efficient, innovative, and creative ones wherein the capitalist market based ecosystem ensures that only the best and brightest survive whereas others are blown away by the gales of creative destruction.

In other words, entrepreneurs with game changing ideas and the skills and attributes that are needed to succeed ensure that their products, brands, and ventures take market share away from existing companies that are either not creating values or are simply inefficient and stuck in a time warp wherein they are unable to see the writing on the wall. Therefore, this process of destroying the old and the inefficient through newer and creative ideas is referred to as creative destruction which is often what the entrepreneur does when he or she launches a new venture.

An Entrepreneur is a Risk Taker

Now, when ventures fail, the obvious question is who takes the blame for the failure and whose money is being lost. The answer is that the entrepreneur puts his or her own money or raises capital from angel investors and venture capitalists which means in case the venture goes belly up, the entrepreneur and the investors lose money.

Given this basic introduction to entrepreneurship, we can now turn to some famous examples of entrepreneurs who have succeeded despite heavy odds because they had game changing ideas and more importantly, they also had the necessary traits and skills that would make them legendary.

For instance, both the founder of Microsoft, Bill Gates, and the late Steve Jobs, the founder of Apple, were college dropouts though their eventual success meant that they had not only truly innovative ideas, but they were also ready to strike it out for the longer term and hang on when the going got tough.

Even the founder of Facebook, Mark Zuckerberg, as well as Google’s Larry Paige and Sergey Brian can be considered as truly revolutionary entrepreneurs. What all these legends have in common is that they had the vision and the sense of mission that they were going to change the world and with hard work, perseverance, and a nurturing ecosystem, they were able to self actualizes themselves. 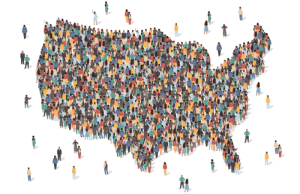 Finally, note the use of the term nurturing ecosystem. This means that just as entrepreneurs cannot succeed if they lack the necessary attributes, they cannot succeed even having them but living in an environment or a country that does not encourage risk or tolerate failure and more importantly, is unable to provide them with the monetary and human capital needed for success.

This means that the United States remains the preeminent country for entrepreneurship as it has the ecosystem needed for these entrepreneurs to succeed whereas in many countries, it is often impossible or difficult to find funding, work through red tape, and ensure that the environmental factors do not inhibit entrepreneurship.