When we think of airlines, we usually think of luxury and opulence as well as comfort and convenience. However, beneath the veneer, the airlines worldwide are caught in a cycle of higher operating costs, lower profits, and decreasing margins because of the various factors discussed in this article. Though the passengers might not notice these aspects, it is the case that once one scratches the surface and does some research, it is clear that the airline industry is in a mess and only, radical restructuring can help revive its fortunes. The PESTLE methodology is a useful tool to analyze the current state of the airline industry.

The political environment in which airlines operate is highly regulated and favors the passengers over the airlines. This is because of the fact that the global aviation industry operates in an environment where passenger safety is paramount and where, the earlier tendencies towards monopolistic behavior by the airlines have made the political establishment weary of the airlines and hence, they have resorted to tighter regulation of the operations of the airlines. Further, the global aviation industry is also characterized by deregulation on the supply side meaning more competition among airlines and regulation on the demand side meaning passengers and fliers are in a position where they can press for more amenities and low prices.

The global airline industry never really recovered from the aftermath of the 911 attacks. Added to this was the prolonged recession in the wake of the dotcom bubble bursting. The other debilitating factor was the fluctuations in the price of oil because of the Second Iraq War and the subsequent spike in oil prices just before The Great Recession of 2008. This last aspect or the ongoing global economic slowdown has meant that the already struggling airlines now have to contend with declining passenger traffic, competition from low cost carriers, high aviation fuel prices, labor demands, and soaring maintenance and operating costs. All these factors have made the airlines loss making and prone to bankruptcies and closure because they can no longer afford to run their operations profitably. Of course, this has also resulted in greater consolidation among the airlines as they seek to leverage the efficiencies from the economies of scale and the synergies from the merger with other airlines.

In the recent years, the emergence of the Millennial generation into the consumer class has meant that the social changes of a generation used to entitlement, instant gratification, and more demanding in terms of service has resulted in the airlines having to balance their costs with the increasing demands from this segment. Added to this is the retiring of the Baby Boomer generation that has resulted in the airlines losing a lucrative source of income. Next, the profile of the passengers has changed with more economically minded passengers and less business class passengers who prefer to leverage on the improved communication facilities to conduct meetings remotely instead of flying down to meet their business partners. 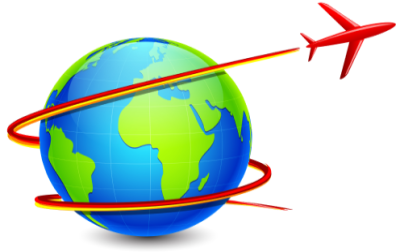 Though it is a fact that the airline industry uses technology extensively in its operations, they are limited to the aircraft and the operations of the airlines excluding the ticketing and the distribution aspects. This has prompted many experts to call on the airlines to make use of the advances in technology for the front office and the customer facing functions as well. In other words, the technological changes have to be adapted to include mobile technologies as far as ticketing, distribution, and customer service are concerned. Further, social media has to be leveraged by the airlines to ensure that the boarder social and technological changes do not pass by the airline industry.

In recent years, the number of lawsuits against airlines from both customers as well as workers has gone up. Further, the regulators are being stricter with the airlines, which mean that they are now increasingly wary of their strategies, and actualizing their strategies only after they are fully convinced that they are not violating any laws. The “double whammy” of increased regulation and more expensive lawsuits apart from the legal system becoming intolerant of delays, safety issues, and other aspects has only served to heighten the fears among the airlines as each and every move of theirs is being scrutinized.

With climate change entering the social consciousness, passengers are now counting their carbon footprint with the result that they are now more environmentally conscious. This has resulted in the airlines being forced to adopt “green flying” and be more responsive to the concerns of the environmentalists. Further, the social responsibility initiatives are becoming more pronounced and more under scrutiny as consumers and activists turn a critical eye towards the airlines and their corporate social responsibility.

The discussion so far leads to the conclusion that the global airline industry is now in a phase where the “Airline Death Spiral” has taken over. This has resulted in a wave of bankruptcies and closure of airlines worldwide. Further, the regulators are not lenient with airlines when they ask for more time or ask for less strict rules and regulations. Apart from this, the demanding fliers and competition from low cost airlines means that full service airlines can no longer compete on price or volume. Finally, the increased costs of doing business have dented the profitability and the viability of the global airline industry.