Digital Payments: What they are, How they Work, and their Benefits and Problems

In recent months, all of us have heard extensively about the “war on cash”, the move to make India and other countries “cashless economies” and the general trend among policymakers worldwide to move the economies of the world to a digital and information enabled paradigm.

In this context, it is worth noting that the emphasis laid on digital payments and the digitization of commerce has implications for individuals, businesspersons, governments, and anyone and everyone who is a participant in the economy.

Thus, it is important to understand what digital payments and how they work and how they benefit the economy as well as the associated problems that accrue from using such modes of transactions and commercial dealings.

Digital Payments are payments that are conducted over the internet and mobile channels and hence, any payment that is sent online or through mobile computing and internet-enabled devices can be called such.

This means that for digital payments to take place:

We will come to the last part in a bit. 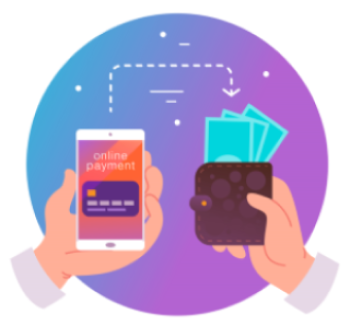 Apart from the sender having such means, the receiver of the payment too must have these ways to accept payments. This means that there must be a medium of transmission between the sender and the receiver wherein the former instead of paying the latter in cash and physical format pays in digital format meaning that the transaction happens over eCommerce or mCommerce modes of transmission.

Thus, what is important in any digital payment is the “via media” through which the payments happen which means that the intermediary and the modes of transmission are indeed the keys to making the transaction or the digital payment successful.

Coming to the intermediary, let us first think about what happens when we pay cash in the physical format. We first need to withdraw the cash from the bank or get it from someone who is likewise using cash obtained from the bank.

Thus, without banks and banking channels, there is no way we can access cash or transact for commercial dealings. Similarly, the digital payments need the intermediary as well and considering the fact that the payment still involves money though not in physical format and in digital format means that there must be infrastructure that connects the flow of digital cash across the payment value chain.

Remember that the payment value chain begins with the sender punching in the details in the Point of Sale devices at the merchant who in turn, uses the POS to connect to his or her bank account and thus, remits the money in such accounts. This means that the “digital backbone” is indeed important.

Now, while in developed countries, almost everyone has a bank account or has access to credit and debit cards in addition to most merchants having POS machines in their establishments means that the job of digital payments is infinitely easier than in developing countries where such infrastructure either does not exist or in basic form.

Thus, for countries such as India to move to the digital payment paradigm means that there is a massive need and demand to bring in all the players in the payment value chain into the digital backbone.

Further, when the Indian economy is predominantly cash-based one; this means that there is a massive effort to transition all the stakeholders in the payment value chain onto the digital paradigm. Considering that banking channels and access to banking services are mostly in urban areas, this means that there are huge challenges in migrating all the people into the digital network.

Moreover, as explained earlier, most merchants lack POS devices, and this is where service providers such as PayTM and the newly launched BHIM App from the government can do the trick.

In addition, as most of the country has already been covered under the Aadhar cards, it is easier for the government to create a digital backbone using such biometric models. Thus, while the road to a digital economy is indeed challenging, there exist the basic ingredients to smoothen the journey and all it needs is vision and dedicated effort from all stakeholders including the willingness of the people to make the journey.

Having said that, one must also caution that while a digital economy sounds like Utopia because black money, criminal activities, and corruption are supposed to (there is no tangible evidence from developed countries that they actually do) reduce, there are also pitfalls here since digital models are susceptible to hacking, identity theft, and cybercrime which raise pertinent questions about data integrity and data protection.

Moreover, in countries where the law enforcers are yet to come to terms with the digital paradigm, one must be realistic in expectations about the benefits.

Finally, digital payments are an evolutionary step towards the “business at the speed of thought” model that pioneers such as Bill Gates have always predicted would be the next step in our move from physical to digital and hence, despite the challenges and doubts, one must indeed take steps to move towards it.

Having said that, there is also a case to be made for proceeding gradually instead of the “shock therapy” and “big bang” method that has been pushed without adequate preparation.