Creating Sustainable Change - How to create and sustain change?

Who doesn’t like change and who doesn’t want to change? These are certainly truisms in the 21st century landscape where businesses proclaim their commitment to change and exhort their employees to “Be the change you want to see”. However, having a vision and mission statement that commits to change is different from actualizing the change. There are numerous examples of so-called “paradigm shifters” who have flattered to deceive.

The best known example of this is the launch of Hotmail as the world’s first free web based mail service.

There was lot of hype surrounding Hotmail and its legendary founder, Sabeer Bhatia, became an icon of sorts. Now, a decade later, how many teenagers who have entered the cyber world in the last few years even know about Hotmail?

So, the point here is that having a great idea is just the first step. And executing it to actually creating a shift in the way things are done is the next step. Companies often do step 1 and step 2 pretty well. You might very well ask what the problem is.

The problem is the sustainability aspect of change. Or, put another way: How to create and sustain change by not losing the momentum? This is the challenge that companies face in the contemporary world where your last performance matters more than anything else. So, investors and the general public eagerly await the new product launches and the “Next Big Thing” from Microsoft, Google or Facebook and are disappointed if the offering does not live up to their expectations. 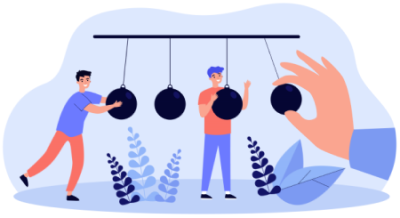 It is no longer the case that companies can ride on their reputations created over a legacy system. Now, they have to constantly innovate and do better or even do best each time they go to the market. With the ever shortening product cycle and the dwindling time to market period, companies are literally engaged in a “race to the bottom” as far as their competitors are concerned.

So, how does one sustain the momentum?

It needs to be remembered that sustainability is important not only from the environmental perspective but also from the organizational commitment to change. In conclusion, the “change game” ought to be practiced by companies if they are to remain abreast of the latest trends and to make the marketplace their own.