Why Some Organizations are Better at Driving Change ?

We live in a world where increasing complexity is the order of the day and the business landscape is characterized by a rapid turnover of companies which find themselves dethroned from their position because of outmoded thinking or anachronistic strategies.

For instance, Nokia and RIM (the maker of Blackberry) were at the top of the leading mobile companies a couple of years ago. Now, their places have been taken by Apple and Samsung because both Nokia and RIM got bogged down due to a combination of internal problems as well as the failure to spot changing trends.

They could not foresee the trends which indicated that mobile phones would be used for purposes very much different from making and receiving calls and instead they would be used in ways that would revolutionize the concept of mobiles as one-stop solutions for a wide variety of consumer needs. In other words, these companies were victims of complexity.

To deal with complexity and uncertainty, companies need to shift the lens with which they are viewing the business landscape and hence change according to the situation rather than have long term strategies based on fixed notions or projections that become obsolete within months.

Change management in these cases becomes critical and not just necessary or essential. And to adapt to change, there needs to be a mindset and attitude change rather than plain business strategies.

The mindset change is something that needs the top management to actively involve themselves in “winning the hearts and minds” of the employees and the other stakeholders. Only when there is a “buy-in” from the employees to the change initiatives being undertaken by the management can they succeed. 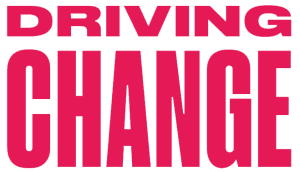 The example of the legendary founder of Apple, the Late Steve Jobs is an excellent case in point as to how charismatic CEO’s can go about “winning the hearts and minds” of employees.

Jobs was not only instrumental in turning around Apple Inc. from near bankruptcy to a leader in the industry, but also ushered in a paradigm shift as to the way in which the computing and software industry operated.

Another example is the case of Google which has made the organization of information its business and has ensured that the way in which we function everyday has been transformed.

In both cases, the CEO’s could inspire and motivate their employees to believe in their vision and by dint of hard work and diligent attention to detail, they succeeded in being “change agents”.

These examples show how change can be initiated in response to ever changing and complex scenarios that business leaders face. What are needed are a compelling vision and a fresh way of looking at issues. Once the vision is articulated, there needs to be a push to reframe the issues and look at problems in a new light.

Making sense of complexity becomes easier if the strategies are rethought according to changing circumstances. In conclusion, we need not succumb to complexity and instead use it to drive change that is lasting and beneficial to the company.