The Changing Nature of Employment and Impact on Professionals and Societies


The Fourth Industrial Revolution and the Changing Nature of Work

Indeed, anyone who worked in full time employment over the decades would tell you that their workplace was like a Second Family to them with co-workers and colleagues sharing the joys and pains of their lives together.

However, in the present era, when employment is part time or Gig based and when work does not necessarily take place within certain timings, the old characterisations of what it means to be employed and what it means to be professionals is changing.

In other words, the Fourth Industrial Revolution underway is leading to newer forms of work methods and employment arrangements with profound effects on professionals, their families, societies, and other stakeholders.

For instance, the bond between the employer and the employee that was akin to a familial relationship is now being replaced with part time and contractual work where the very notion of employer and employee is hazy and where anonymous and remote workers predominate with invisible employers and temp freelancers being the norm.

Impact of New Working Arrangements on Professionals, Societies, and Nations

This changing of the nature of work and employment has deep effects on professionals as they no longer enjoy the benefits of full time employment such as social security, healthcare, paid leave, and fixed vacations.

Moreover, the very concept of payday is changing wherein payments and fees for professional services are now paid on ad hoc and per project basis.

This means that professionals can no longer expect their employers to look after them in case of emergencies and with the rise in freelancers, HR managers too can do little except to perhaps include some amount of leeway conditions for the former so that they are not left in the lurch.

On the other hand, even in full time employment, the rise of virtual working and remote working means that employees no longer know their co-workers on face to face basis and rather, get to know them through the Digital Media.

This leads to atomisation and social isolation wherein instead of cheery co-workers who were like family, professionals now have their Digital Devices for company. 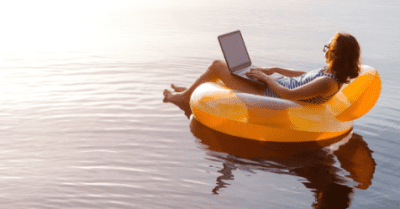 Atomisation, Social Isolation, and the Need to Forge New Bonds

Indeed, the rise of atomised individuals has effects on societies as professionals now have to forge a new identity for themselves. As mentioned earlier, the workplace is no longer a place where workers work throughout their lives or at most, change a few jobs.

In addition, HR Managers can no longer know the employees by first name basis or at least know them by face. Again, this is a characteristic of atomised societies where social isolation leads to adverse consequences that need to be handled well lest they lead to rise in social tensions.

Moreover, with the bond between employers and employees now broken or at best, a transient and temporary arrangement, societies have to deal with how to restore the connection between professionals and their need for recognition and fulfilment.

In other words, all the trends we have discussed so far mean that what we need is a new social contract between the various stakeholders that can again forge the missing links of emotional needs and the psychological needs.

Indeed, many experts in recent years have been calling for this mainly because they are worried about the direction that a faceless, nameless, and a location independent workforce and the consequent employment arrangements are taking nations and societies.

The Sunny Side of the New Work Arrangements

Having said that, the changing nature of work and employment is exciting for many as it now gives them the freedom to do what they want, where they want, and when they want as well as how they want.

Moreover, part time work is bringing more women into the workforce as they now can manage their personal and professional commitments easily since they work from home.

Indeed, perhaps the biggest positive impact that the changing nature of work and employment has had on societies is that it has now resulted in expanding the workforce in terms of demography, gender, and location wherein anyone, anywhere, and everyone, everywhere, can participate in the Global Village.

In addition, the new work arrangements are also leading to professionals spending more Quality Time with their families and this is a positive knock on effect that can do wonders for the very problems that we identified in the previous section.

Last, it has also resulted in the Third Wave of Globalisation reaching all corners of the world as all that is needed now is a Computer and an Internet Connection to be able to participate and become a member of the Global Workforce.

So, what all these trends signify is that change is now upon us as we redefine what means to be a worker or a professional is and what is means to be an employer.

In this process of redesigning our societal norms and systems, what is needed is a sober analysis of what is right and what needs to corrected in the present forms of engagement between employers and employees.

Already many Western countries are taking the lead to adjust to the New Realities and it is time for the rest of the world too to make the necessary changes in their laws, social norms, and other aspects that are impacted by these new work arrangements.

To conclude, a New Era is dawning and it remains to be seen as to whether stakeholders use it positively or negatively.