Most of us would agree that it is ethics in practice that makes sense; just having it carefully drafted and redrafted in books may not serve the purpose. Of course all of us want businesses to be fair, clean and beneficial to the society. For that to happen, organizations need to abide by ethics or rule of law, engage themselves in fair practices and competition; all of which will benefit the consumer, the society and organization.

Primarily it is the individual, the consumer, the employee or the human social unit of the society who benefits from ethics. 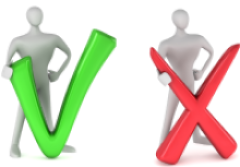 In addition ethics is important because of the following:

Ethics tries to create a sense of right and wrong in the organizations and often when the law fails, it is the ethics that may stop organizations from harming the society or environment.